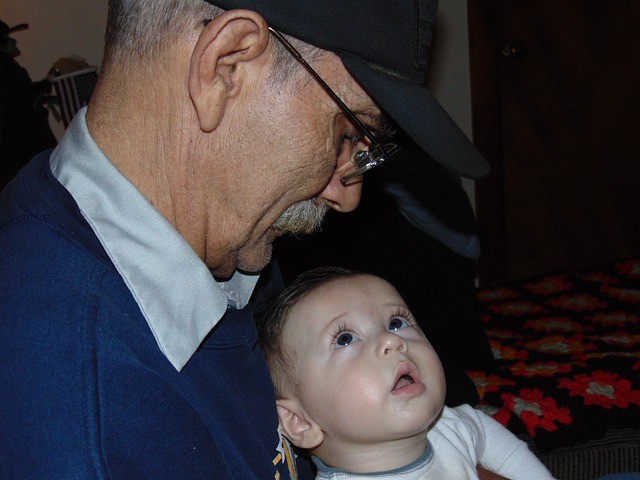 New Jersey has a law that addresses this situation: the Grandparent Visitation Statute, N.J.S.A. 9:2-7.1.  The law sets forth criteria for grandparent visitation with the basic concept being if the grandparents previously had a close relationship with the grandchild(ren), it should be allowed to continue.  But what if a parent objects?  Do(es) the parent(s) not have primary responsibility for raising their child, over that of the grandparents or any other third party (and hence say who can spend time with the child[ren])?  A 2003 case, Moriarty v. Bradt (177 N.J. 84) addresses this issue.  The court, following a 2000 U.S. Supreme Court ruling in Troxel v. Granville, decided to interpret the Grandparent Visitation Statute strictly and established a new standard as follows (citations removed):

The Court determined that the [Grandparent Visitation] statute could survive a constitutional challenge only if a “threshold harm standard” augmented the “best interests of the child” factors prescribed by the Legislature. It ruled that when the child’s parent or parents object to the proposed visitation, the grandparent seeking such visitation must prove by a preponderance of the evidence that denial of his or her application would result in harm to the child. It further held that if the grandparent meets that burden, the presumption in favor of parental decision-making is overcome, and the court sets a visitation schedule in the best interests of the child.

Applying strict scrutiny to N.J.S.A. 9:2-7.1, the Court in Moriarty concluded that the need to avoid harm to the child is “the only state interest warranting the invocation of the State’s parens patriae jurisdiction to overcome the presumption in favor of a parent’s decision and to force grandparent visitation over the wishes of a fit parent[.]” The Court held that absent a showing that the child would suffer harm if deprived of contact with his or her grandparents, the State could not constitutionally infringe on parental autonomy.

Major v. Maguire arose because the procedures on how to determine this are not clear.  Now they are (which I will not elaborate on with one exception — you can read them in the opinion if you wish…better yet, see a lawyer if you need to more deeply understand them).

The Supreme Court did opine this one item relating to mediation and alternative dispute resolution (my emphasis added):

Finally, trial courts should encourage parties to mediate or arbitrate grandparent visitation actions in accordance with New Jersey’s strong policy in favor of alternative dispute resolution. See Gere v. Louis, 209 N.J. 486, 500 (2012) (noting state’s policy in favor of alternative dispute resolution); Mt. Hope Dev. Assocs. v. Mt. Hope Waterpower Project, L.P., 154 N.J. 141, 151 (1998) (same). In a meritorious case, a seasoned mediator or arbitrator with experience in visitation and custody issues may devise a solution for the parties’ conflict promptly and inexpensively, to the benefit of the child and the parties.

Family disputes can be very destructive, especially to the children who end up as collateral damage.  The parties failed to mediate this case previously (according to the opinion).  Perhaps on remand, they will give it a shot.

If you want to find out more about family and grandparent visitation mediation, please feel free to contact me — a seasoned mediator and arbitrator — to discuss.