Pets in Divorce? A look at the Law 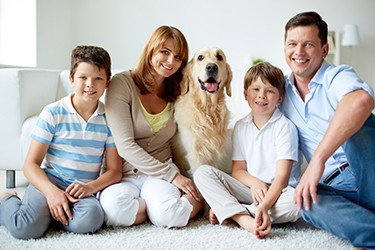 How does the law look at pets? Pets are owned by 68% of Americans.  Traditionally, many cases have stated that pets are property, just like the couch the pets sleeps on.  This offends the many people who think of their pets as children, as a part of the family.  The bond between pet and owner(s) can be very strong.

Are things changing?  Maybe and slowly.

In 2017, Alaska became the first state to enact a law where the well-being of pets is a factor in the law.  Normally, the law doesn’t care about the well-being of your toaster or lamp.  So the allotment of pets in a divorce now has elements of custody, at least in Alaska.

As of January 1, 2019, in California, a new law is in effect regarding pets in a divorce. Section 2605 of the code reads as follows:

Thus, the court can grant a joint custody regime if it wants. Previously, it really couldn’t. California is a community property state, meaning that all marital property is jointly owned and presumed to be on a 50/50 basis.

Please note that NJ has no such law and that pets here are still considered property.  Like the couch, someone will be given the pet as equitable distribution.  One nice thing about divorce mediation is that we are not purely bound by the law.  In the divorce mediation, your pets can be treated like a child/family member with custody arrangement and “pet support”.  Some clients do not care about their pets that strongly and the one that does have a strong bond usually retains the pet.  Others do enter into custody and visitation arrangements, or they work that out informally if they are amicable.  Some clients keep the pet with their child(ren).  The court will certify pet custody in the marital settlement agreement if the couple so agrees.

Feel free to contact me if you would rather mediate your divorce and your pet custody.